We have been interviewing Belgian mappers for a year now.Since westill like the concept, [Marc] (http://www.openstreetmap.org/user/escada)took the initiativeto extend it outside our little Belgian communit. From time to time hewill interview amapperfrom somewhere inthe world. He hascompiled a list of 30 mappers (for now) of people that hemet on different mailing lists and fora. And from time to time hewill contact one andask her or him to answer a few questions. The focus will be on indivudual mappers, unlike the very interesting interviews conducted by OpenCage, that focus more on developers and country profiles. 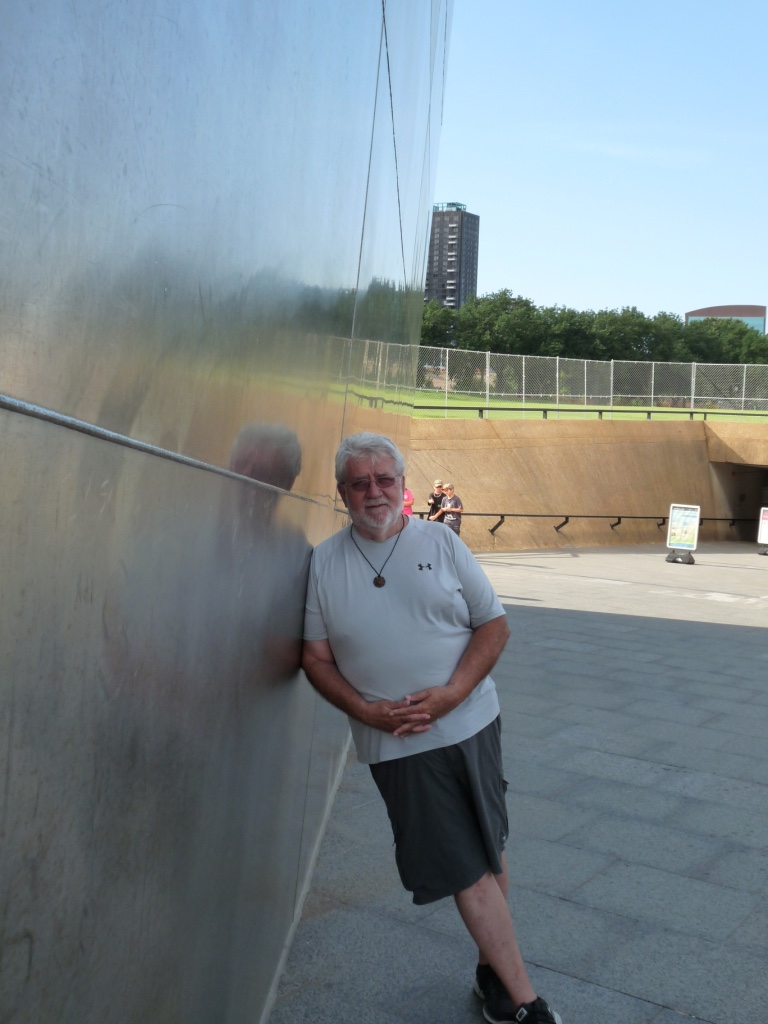 Marc his first victim is Clifford Snow, hemet him on the talk-us mailing list and exchanged a few ideas about a presentation on OSM earlier this year with him.

I map as Glassman. I worked in telecom operations for a number of years and even spend 10 years trying to make money blowing glass. I didn’t succeed at making money but I did come away with a nice nickname and a love for glass art. I live with my wife in Mount Vernon, Skagit County, Washington State in the US. I have lived all over the US and once in Canada and Turkey. Washington State is by far the best location.

While I had heard about OSM, it wasn’t until I attended the Bellingham WA LinuxfestNW conference that I fell in love with the project. Even when you attend a conference with a large number of tracks you occasionally find yourself with some time slots where nothing appeals to you. Since I had heard of OSM, I decided to fill the time by listening to Hurricane Coast’sOSM presentation. Thanks to Hurricane, I’ve been having fun with OSM ever since. Four years later, I gave my first presentation at the Bellingham LinuxfestNW on the power of crowdsourcing maps using OSM.

I had been editing for just a few months when driving back from the gym I noticed a street closure with signs up that said this segment of road was being made into a one-way street. I went home and made the change. That is when I became addicted to the power of OSM. Anyone can fix a problem, make a correction or add a new feature.

Shortly after I started editing my first purchase was a Garmin eTrex20 handheld gps unit. I still use it today. I love to take short hikes to add trails. Just last week I spotted a new trail. It had been completed the week before. It was a short segment but by documenting it I know others will be able to take advantage of it.

Early on I attempted to import some roads in Tucson from TIGER data. Not reading the import instructions resulted in a horrible mess. I probably spent more time cleaning up my mistakes than if I had done it manually. The mailing list did help me with pointers on how to correct the mistakes. That experience helped me later on with the Seattle building and address import.

My favorite app is GoMap!!for iOS devices. Since I’m an android user, that means having to borrow my wife’s iPad which usually comes with strings attached. When not using GoMap!!, I like pencil and paper. Just a notepad to get addresses, names, phone numbers, etc. with sketches to help remember the layout. I also like asking retail stores for a business card. That often leads to a conversation about OpenStreetMap and sometimes free treats from ice cream shops! Businesses like that you are adding them to a map, even if it’s a map they have never heard of.

I do like to participate in armchair map-a-thons such as Maproulette’s Battlegridor the Fix U.S. Railway Crossings, or with the newest JOSM plugin, MissingRoads. These bite size tasks are the perfect break to our daily routines.

I mostly map locally. This summer we took a month long road trip mapping along the way. We spend enough time in Northern Minnesota to map Nisswa, MN. It is a small town that lives off tourists. Shop owners were excited about getting their business listed.

When introducing new people to OSM we start by having them map something in their local neighborhood, then we talk about the area we are mapping which ranges from nearby cities to HOT tasks.

Probably being part of the team that imported [Seattle’s buildings and addresses. We took on Steve Coast’s call to add addresses to OSM. Locally we concluded that manually adding of addresses is too boring. No one was excited about walking streets to collect addresses. With the King County and the City of Seattle’s open data, we were able to not only import all of the buildings and addresses but we helped build a stronger local OSM community. With Jeff Meyer, a devoted group of local open source GIS enthusiasts from cugos.org, and local OSM mappers we completed the task of adding every building and address. Not only that but we gave back address corrections to the county. (Which they still haven’t fixed. Paul I’m talking to you.)

Why do yo map? What motivates you?

OSM is very empowering. One of our greatest strengths is the ease that you can tackle a problem without having to get “permission.” If power lines are missing, you can add them. Can’t find handicap parking, add them. Looking for hiking trails, just add them. Opportunities are not just local. If you want to get involved in communications, fund raising, etc. you just have to jump in.

Chase Stephens and I host theSeattle OSM Meetup Group. We have over 400 people signed up for our meetups. Each month we try to hold a meetup in different parts of Seattle. Last year we held a Meetup for OSM’s 10th Anniversary in Seattle with presentations and a kite aerial mapping demonstration. We are constantly trying to find ways to find new mappers.

Right now I’m trying to learn how to build map tiles to show my communities sidewalks. Every sidewalk and every crosswalk has been inventoried, now I’m looking to tell the story of how walkable my city is through maps. Using elevation data and OSM data, I hope to show the city where sidewalks are in abundance and where they are needed.

I am active inCUGOS, an active open source GIS community that meets monthly in Seattle and aQGISlocal user group that we started this summer. At a typical CUGOS meeting, people talk about their projects and how they use open source software to solve their problems. We also talk about drones. We’ve even flown a large drone in a small meeting room.

One of the struggles facing OSM is the lack of gender diversity. We are experiencing the same problem on a local level. Our Meetup group attracts women, but not to our mapping parties. What we should be doing differently to attract and retain more women? I think we could start by getting to know our new users better. I’d like to see OSM start surveying members to try help us learn how to attract and retain new members.

Thanks a lot for this interview, Clifford.