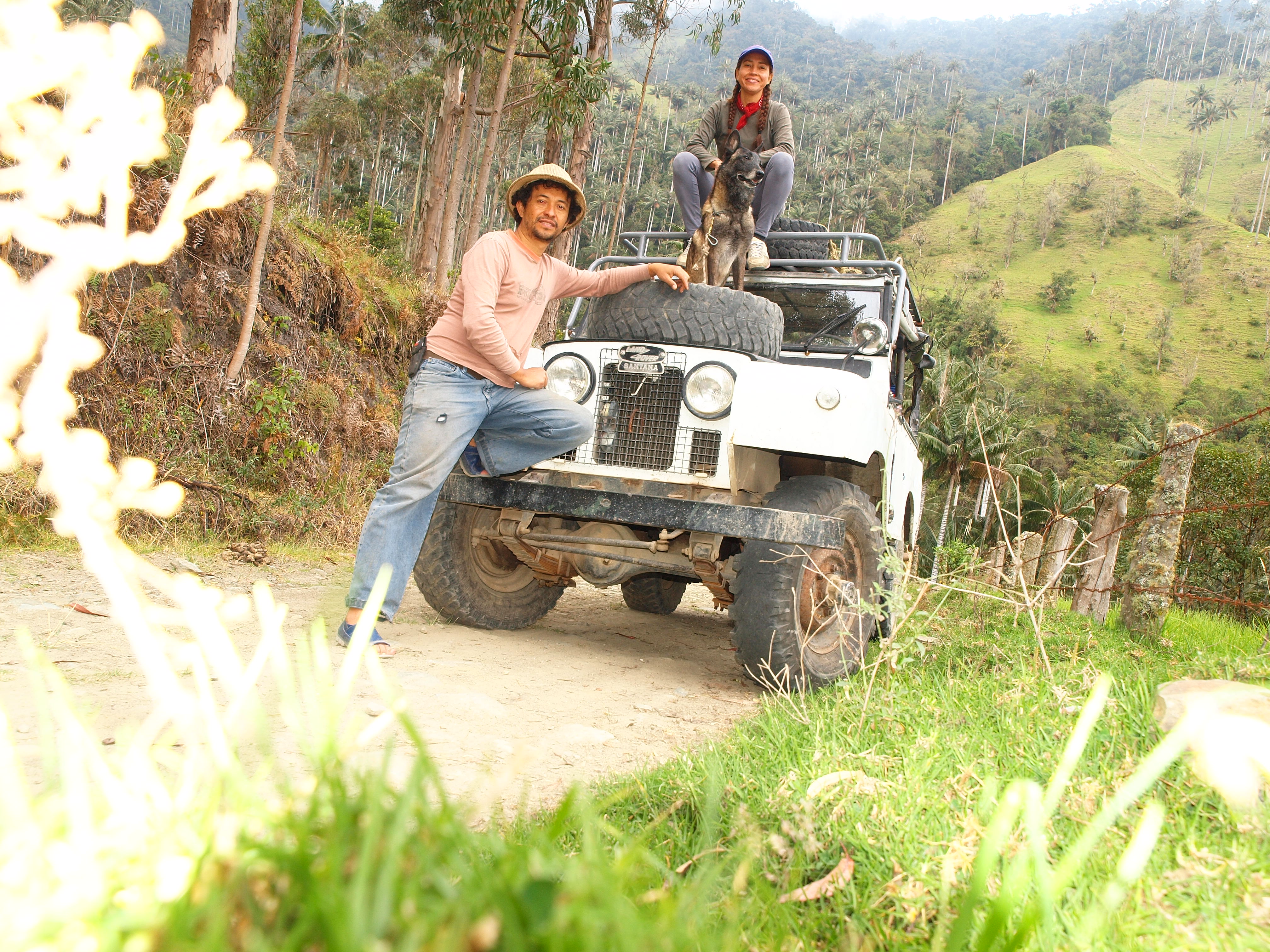 This time we travel to South-America for our Mapper in the Spotlight series. The interview and the English translation are done by Joost Schouppe.

Fredy Rivera lives in a small town in the Colombian Andes. He’s a software developer and works on social projects through the vivirenlafinca.org foundation. His nick “Humano” is a reminder of how in the digital world and social work, humans are still the most important aspect of technology.

About eight years ago, I was looking for maps for some of my projects and excursions. Openstreetmap only had a couple of dozens of kilometers of roads mapped in Colombia, but that was still much more than any other available free data from public or private sources alike. The public entity for geography in Colombia is the Instituto geográfico Agustín Codazzi](http://www.igac.gov.co/igac) (IGAC). But though being a public service, they act more like a private company. They only make maps on demand, and have surely not understood the political and economical importance of freeing geographical information about the country.

So even though Openstreetmap was pretty empty, I decided to work with it. I managed to get my first GPS, a Nokia N810, and I tracked hundreds of kilometers of roads in Colombia with it. Looking at the enormity of the task ahead, I decided to call on friends and asked to set up the talk-co mailing list. Now there are 275 subscibers, many of which are active contributors to the mapping process.

Now OSM Colombia is the densest map in Latin America, if you look at the quantity of data divided by the area of the country. That has allowed the OSM map of Colombia to be used by a large number of companies, like supermarkets, taxi companies, messenger services, social and scientific researchers and even government institutions that don’t have the money to buy information from the IGAC.

Mostly rural roads and tracks only accesible with 4x4. My motto is “wherever you go, map what you see”. Though I also worked a lot on cities, my interest has always been the countryside. Especially as I’ve lived there for the last six years.

I collect data with my GPS, and map the data with JOSM.

I map my local area, and where-ever my work takes me.

Having the posibility to coordinate the Colombian Openstreetmap community and having generated the first map that was reported to be used after the earthquake in Haiti. https://lists.openstreetmap.org/pipermail/talk/2010-January/046907.html

Why do yo map? What motivates you?

I want to make maps that people can use to discover the land, free maps that they can use for whatever they want.

The hardest part is finding the time to map and the money to travel.

A parking with a view

On my GPS, and sometimes also in my work as a developer, see for example http://datos.labmde.org/a74

Last year, I won the “Titan Caracol” award in the technology and connectivity category. That’s a national price that stimulates people who work on sociale profit projects. There is no monetary award, but it did help to get thousands of people to learn about the project, and hopefully to use and contribute to the data.

I’m hoping to use the opportunity to get the resources to buy a drone - and get it certified to use within the tight Colombian legal framework. We could really use it after disaster strikes or for humanitarian mapping in general. We have been able to do so on a few occasions with drones that were lent to us.

One of my big satisfactions was writing the book buscandodragones.com, an effort to help people integrate into the wonderful world of mapping.

There’s nothing like mapping to get to know the land: you become conscious of every hamlet, every house, every name.

I would like to thank Fredy for the interview and Manfred Reiter for passing his name to us.