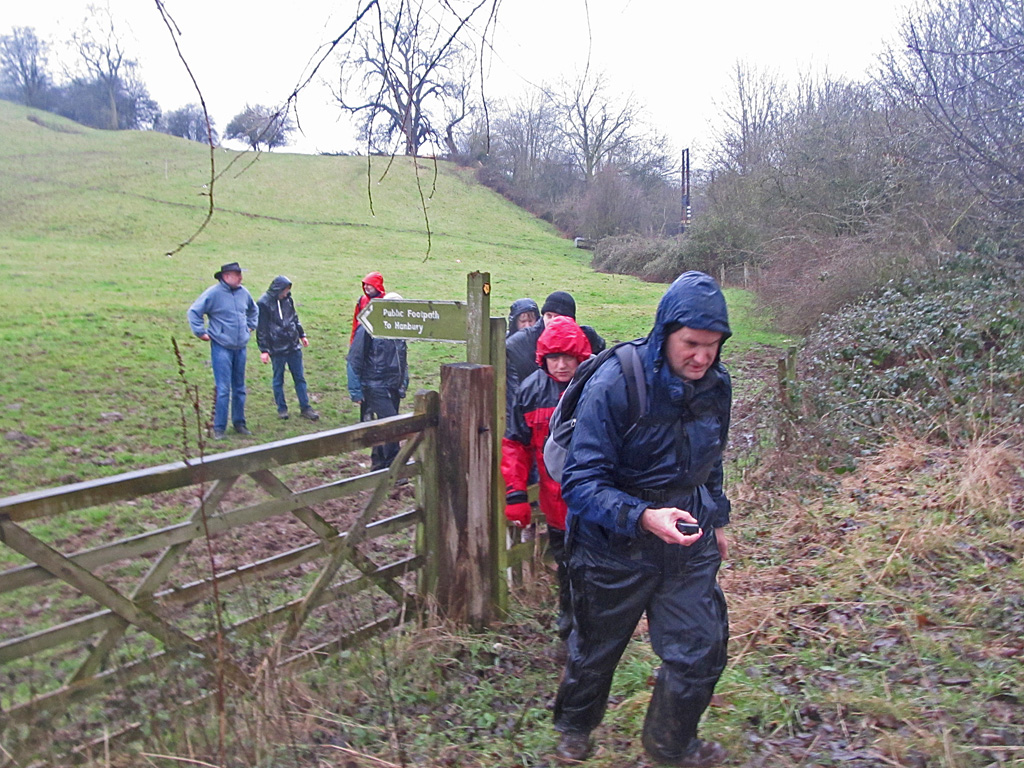 This months mapper in the spotlight is Andy, mapping with the username: SomeoneElse

I’m Andy, and I live in Derbyshire, in England. Since leaving college many years ago I’ve been working in the computer software industry (mostly development and implementation). The “SomeoneElse” name came from the music site last.fm - it was just an alternate playlist to the normal one (as if literally “someone else”).

I’ve always done quite a lot of walking, including “long distance walks a bit at a time”, and while on one of those the display on the GPS that I’d been using was failing. I was looking for somewhere to store the POIs that I had (villages, pubs etc.), and found OSM.

It’s usually “collect a GPS trace with lots of waypoints” and then fetch combine that with imagery and whatever other information’s available back home. I use a small Garmin handheld for collecting waypoints and tracks and (when it’s not raining) collect other details on a phone. Various bits of software to glue them together are at https://github.com/SomeoneElseOSM. In terms of OSM editors it’s mostly Potlatch 2 (because of better GPX waypoint support)

Mostly places that I’ve been. http://hdyc.neis-one.org is as usual startlingly accurate.

It’s not really a personal achievement - but together with other East Midlands mappers any OSM-based map locally is significantly better than the alternatives whatever you’re looking for (does anyone else show whether a country road’s safe to walk down because it has a roadside footpath, or what sort of trees are in a wood?).

It started out as recording the stuff that I needed when I was going from A to B that wasn’t up to date elsewhere (where I live a lot of the landscape has been opencasted - Ordnance Survey maps used to have large white “we have no idea” areas).

OSM has always been a story of “map it from less perfect sources now, but use better ones next year”, but sometimes the process of improving what’s already mapped is more time-consuming than just mapping from scratch.

I’ll be going walking in South Wales in a month or so - that always generates a lot of mapping work.

The local East Midlands mappers meet up in a pub once a month, and have a wide variety of mapping priorities and different backgrounds. It’s always interesting to get different points of view…

I’ve created “maps of things that are useful to me” based on OSM data for the car satnav, Garmin handheld and for something to glance at on the way to somewhere on the phone The idea that people would rely on something that could change at any minute for that (and then complain when e.g. Google changes their map UI) seems very odd to me indeed. Example of self created map Image CC0

I’m also fairly active on the help site, and was asked to join OSM’s Data Working Group a couple of years ago. The latter is probably wrongly named; we deal with “people” issues far more than “data”. “Data” problems are usually just mistakes or misunderstandings (I’m amazed that compared to other online spaces OSM still has so little real vandalism and organised trolling); but the “people” problems such as “what language(s) to use for the name of X” are often rooted in real-world disputes and are much harder to resolve.

Despite the “people” problems mentioned above, and despite the cultural differences, most OSMers get on just fine - just check the comments on http://resultmaps.neis-one.org/osm-discussions any day of the week. New mappers (even if they’re phone application users who didn’t even know they were adding to OSM) generally get welcoming messages and offers of help. That’s not to say that there isn’t more that we can all do here, but (as with the low vandalism rate) I’m sometimes surprised that things work as well as they do.

Andy, thanks a lot for the interview and enjoy your hikes in South-Wales!