I’m Jamie Nadeau. In OSM some people might know me more as LogicalViolinist and on the wiki as james2432. I grew up a bit here and there as we moved a lot when I was younger, some notable places being Kingston, North Bay, Ottawa and Gatineau. My back ground is computer science and am currently working in my field in the Ottawa Valley. I love exploring the world and taking on new challenges. James has been my nickname since primary school. I came up with LogicalViolinist by combining Logic(programming) and Violinist(I enjoy playing the violin)

I first started seeking a better alternative to Google Maps as back then “off grid” locations were impossible to route to due to either no map data or the requirement for mobile data to navigate it(mobile data in Canada probably costs more than gold and is mostly covered near the US border, where most of the population is anyways). I came across OSMAnd and really enjoyed that you could load maps offline. My first edit was a correction to highway 417 (not exactly sure what I modified) and from that I was wondering what else could possibly be mapped and I went down the rabbit hole.

Initially I would map error on the map, missing roads. Then I moved on to buildings(manually via imagery), then addresses. Now I map anything and everything. I’ve done CANVEC imports, address and building imports, mapping indigenous villages in northern Canada and city admin limits. I’m not restricted to only Canada.

Both. When I scouted indoor mapping for malls, I would go in pen and paper and start taking notes. I drive a lot for OpenStreetCam and also upload to Mapillary. I’ve done a few HOT tasks as a local mapping party, but some parts in Canada are actually worse than some 3rd world countries. Northern Canada is not really surveyable, unless you plan on going by Canoe with camping gear and couple months supply of food. Myself and Rps333 have a friendly rivalery on who can cover more in OSC/Mapillary, it’s benificial as we’ve done most of Ottawa by ourselves. Surveys are usually done with my phone or pen and paper. My favorite apps to do surveys in are OSMAnd(custom tag control), maps.me(easier for POI) and keypad mapper 3(quick address collection)

How do you conduct your surveys? (in case you do them of course)

If it’s by pen and paper, I usually have printed off what I’m surveying and take notes/draw on it. If it’s via the my phone I’m usually recording a GPX track and logging data in. I also collect data passively via imagery (OSC/Mapillary)

Where do you map? Locally, HOT?

Everywhere and anywhere. Mostly in Canada right now. It doesn’t stop me from collecting data on my phone when I take a trip out of the country, something that my wife has grown accustomed to.

Finally getting the buildings and addresses into OSM for the Ottawa/Gatineau region and cleaning up the data. As well as mapping Fort McMurray during the forest fire. 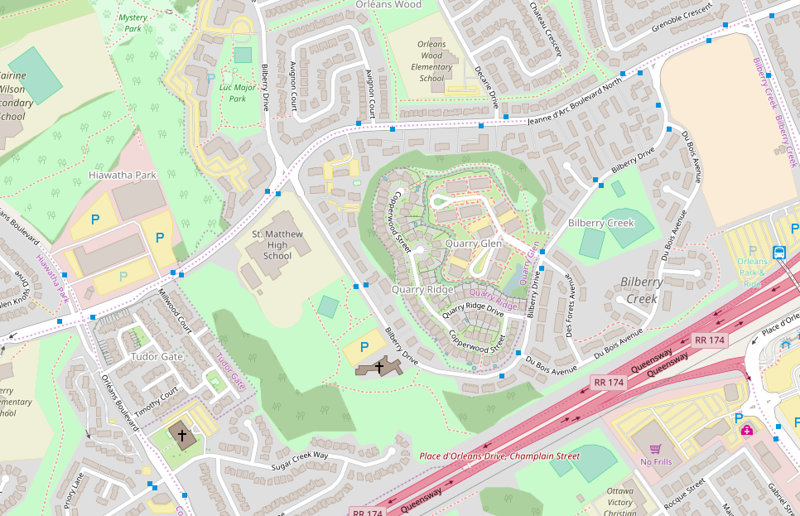 Not relying on Google for geo-data as well as not having an empty map.

I might not be popular for saying this but: dealing with the community. Sometimes it can be hard to get your point across when dealing internationally/other cultures via email/text instead of face to face. Sometimes people can come off a little harsh, especially to new commers.

Yes multiple in Ottawa, we meet every month or so to discuss future mapping projects(I think this month is bike lanes/paths in the Capital region)

Mostly for navigation via OSMAnd.

I’ve been collection a lot of OSC/Mapillary imagery so others can contribute. I’ve also created a GUI uploader for OSC: https://github.com/osmottawa/OSVUploadr/releases to make it easier than uploading via scripts.

OSM is an awesome project! Especially in times of crisis ( Fort McMurray, Napal, Haiti, etc). The community is very powerful and willing to contribute so much time to this project. Sadly we only get what we put into it, so we need to keep motivated to make the map even better, which may inspire new mappers to join an already booming project.