Mapper of the Month: Ben Laenen 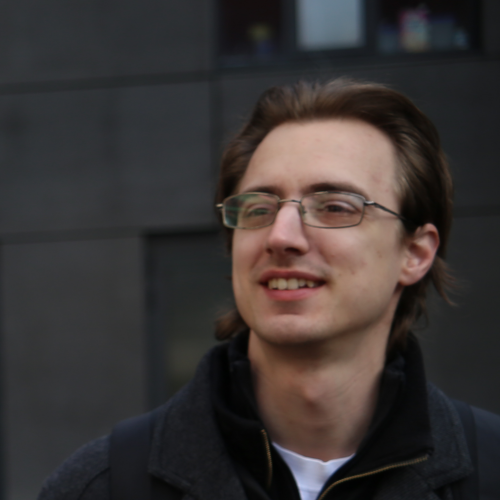 Ben Laenen, in OpenStreetMap known under the username Eimai (pronounce /ˈimɛ/ like the Greek word είμαι), lives in Antwerp and is in his daily life a train conductor. During his studies he became active in the FOSS-world, now already a time ago. He is for example one of the people responsible for DejaVu Fonts, one of the standard fonts in several Linux distributions. The same font is also used in the main rendering engine of OpenStreetMap, Mapnik. As such, he is also active in the Libre Graphics community, more specifically in the typographic aspects.

How and when did you discover OpenStreetMap?

Suddenly OpenStreetMap was one of the projects that got additional attention from the open source community, which I already followed because of my involvement in DejaVu Fonts. I started to map in 2007, when there was almost nothing mapped in Belgium and the OpenStreetMap community was only a handful of people. As a little boy I was already interested in all kinds of maps. I could spend hours looking at atlases and printed maps. I even drew imaginary street maps myself. OpenStreetMap must have stirred up my interest in maps again!

How do you use OpenStreetMap?

Of course I use OpenStreetMap to plan my trips on a desktop computer, and with OsmAnd on my mobile phone, in Belgium and abroad. Professionally, it comes in handy, as railway installations can have quite complex structures and mapping those structures helps me to visualize them. Of course, we have the technical plans, but a view with the exact location of the rails is also very useful.

What kind of mapper are you and where are you mapping?

Currently, I belong to the category of armchair-mappers, so mainly using aereal imagery to map. But I try to verify what I map! When I go outside, I mostly go by bike, armed with a GPS and a voice recorder. Normally I edit within Belgium, although I edit abroad as well when a trip brings me over the border.

What do you map and do you have any specialization?

In the beginning there was not much choice, we had to start with the roads. After a while, when almost all roads in Antwerp were done, I started mapping bicycle routes and later on walking routes. The latter is especially interesting, you discover new, small paths, which would otherwise remain unknown. More recently, I am working on railway infrastructures, of course influenced by my job. I have been mapping a lot of different things over the years, but never really spend time on mapping points of interest (POIs). 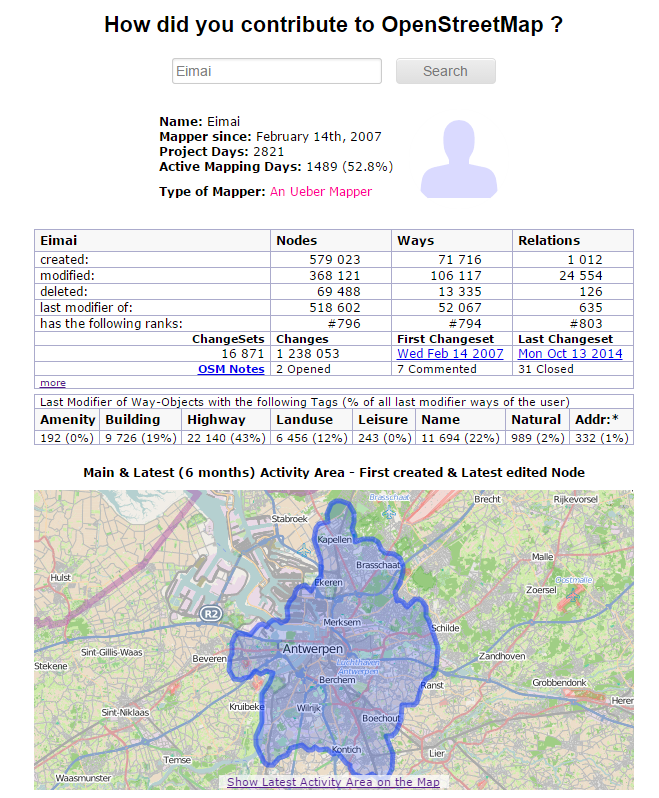 Why I map, simply because it’s fun! And of course because it fits in my philosophy that FOSS and open data is a step forward. However, if it was not so enjoyable, I would have done something else. It is also rewarding that you discover interesting places, even close to home, places where you have never been and did not know they existed.

Do you do other things related to OpenStreetMap?

In the beginning I participated in a lot of discussions on the mailing lists. I also contributed a lot to the OpenStreetMap wiki to define how objects have to be tagged. Since most topics that interest me, have been sorted out, I became less active. But I still have some hobbyhorses, such as the mapping of paths in Belgium.

What are your ideas about expanding the OpenStreetMap community? How can we motivate more people?

The main question is how you can attract people that have never heard of open data or open source. Most people stop looking for solutions once they encountered Google Maps. They often do not realise that alternatives exist, even those working with Google Map Maker. The only way to reach out to those people, is by increasing the visibility of OpenStreetMap in their world and in the media. Another possibility is to convince sites to use OpenStreetMap instead of Google Maps, but it is almost impossible to fight against a giant with completely integrated services.

The greatest strength is also one of its greatest weaknesses: the freedom you have while mapping. When you want to put a previously unknown concept on the map, you just create your own tags, and there it is! The problem is that others might have different viewpoints and want to map it in another way. This leads to a lot of discussions.

What are the biggest challenges for OpenStreetMap?

The first challenge is to keep the data up-to-date. As a mapper you need to notice that something changes in a street before you can update it on OpenStreetMap. The possibility to add notes on www.openstreetmap.org is a nice new tool to allow people, who are not into mapping, to point out changes. However, several blind spots where no one takes care of the necessary updates, they do exist. The second challenge, as already hinted in the previous question, is the issue about how we can come to a world-wide consistent way of mapping.

Looking back at all those years, I feel proud on what we have accomplished with OpenStreetMap. I was lucky to join the project early, and it was fascinating to see the map growing from an empty canvas to what it is now. Who knows where we will be within 10 years?