Mapper of the Month: Brecht Bonne 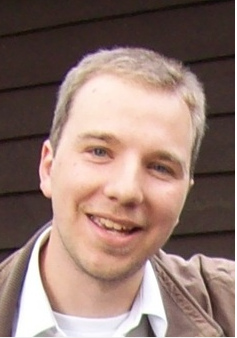 Brecht Bonne is mapping on OpenStreetMap under the name peeweeke, how he got that name, is a long strory … Brecht is 33 years old and lives in Bruges. Currently he is in between jobs, but he has an education in computer sciences and as network administrator. Brecht is always on the move and has a lot of hobbies. First of all, of course, computer sciences, but he also volunteers a lot: at a youth movement for disabled people, at the Red Cross, at Oxfam Solidarity and their Worldshops. He likes to travel, not always far away, because close to home he is experiencing the same fun! For several years he combines this now with mapping for OpenStreetMap.

How did you get to know OpenStreetMap?

The first time I heard about OpenStreetMap was already ‘long time ago’ in 2007. When I searched for my hometown Bruges by then, there was not yet that much on OpenStreetMap so I forgot about the project for a while. In 2011 I bought a walking GPS, a ‘Garmin eTrex Legend Hcx’. Because I didn’t bought maps with it, I started searching for information… and I came across OpenStreetMap again! So I installed the maps, but with a first test in my neighbourhood, I noticed a walking path, next to the place where I was living, which was not on the map. The step to really add something to OpenStreetMap took several months, but in April 2011 I finally added my first nodes to the OpenStreetMap server.

Do you use OpenStreetMap?

I do almost everything, but most of the time surveys! I do a lot of surveys in and around Bruges, because in contrary what you maybe would expect, there is still a lot of mapping-work in Bruges. The OpenStreetMap-landscape it quite empty, with only a few active members. I do a lot of surveys, simply because I find it the best way to collect data. My toolset kept on growing over the years. However, there is one constant: my “Garmin eTrex Legend Hcx”. I can add the tracks and waypoints that I collect with it to the database without any problem. That is, when I use unique names to the waypoints. This can be hard when one encounters 66 benches on a walk. Later on, I got a track-logger. Unfortunately, it got lost in the bushes in Kent, England. After obtaining a good backpack, I started to investigate the capabilities of my Android GSM. I tested a few apps. My conclusion was that Vespucci the best of the pack, but it is still lacking in some areas for me. A few months later, I discovered “OSMTracker”, which suits my needs better. Mainly because it does not complain about the n-th bench or tree and also because I still prefer editing OpenStreetMap-data on a large screen and with a computer mouse. Yes, I confess, I enjoy lazy Sundays When the weather is not nice, or in winter, when the days are shorter, I dare to stay at home and just map from Bing aerial images. The biggest project I ever did was to prepare for a trip in August 2014. I planned to have many walks in the beautiful nature of Carmathen, Wales. So I mapped a complete river and nearby land all the way up to Llandeilo. It took me several weeks to finish this project. One of the reasons was that “Ordnance Survey Opendata” was not available for the complete stretch and I had to use old Bing imagery. I was a royal customer of the library in Bruges during that period. Unfortunately, upon my arrival in Wales, it turned out that the old railway was still in private hands … During one of the first OSM meetups in Belgium, I got in contact with Jorieke Vyncke. Full of passion, she told me about her work in the Central African Republic. Afterwards I completed my first tasks for HOT during the floods in India. More recently, I had a good time during the Missing Maps Mapathon and it gives a warm feeling to make such valuable contributions. As you can see on my statistics page, I’m a devoted JOSM user. It is a solid program both on Windows and Linux with numerous features. During the Missing Maps Marathon in Antwerp, I learned a few more tricks. But I have to admit, that my first node is added with Potlatch. But just as with iD, I soon encountered some limitations of the editor When MapRoulette was mentioned on OSM.be, I had a look at it. However, after a few attempts to separate roads and rivers in Italy, I gave up. Maybe I will give it another try later. Most of my mapping activity is close to my home town. That means in Belgium, but sometimes by hikes bring me over the border to Zeeland (The Netherlands) or in the Département du Nord in France. And I already told you about my adventures in Wales. Furthermore I made a few small corrections in Kent. During my vacation in Ireland in 2012, I could not resist to map 2 of my hikes. For HOT, I have (virtually) traveled around the world: to India, but also to the Central African Republic, Mali and Congo-Kinshasa. I even made 8 changes in unknown places, probably the moon …

My first edits were very small and I was extremely careful. As said before, it took me almost a year after the creation of my to make my first edit. Right now, everything goes smoother and faster. I walk or cycle a bit around with my GPS and afterwards I put everything online. I am not specializing in one topic or feature, but when I encounter something that has not been mapped in my area, I will focus on that for awhile. An example are the bus routes in Bruges. Two summers ago, I focussed on my own neighborhood, mainly the streets, footpaths and playgrounds. Sint-Pieters and Sint-Jozef, both suburbs of Bruges, are now mapped completely. This summer I started adding more detail, by collecting house numbers, using FieldPapers). This lead to some discussions with the neighbors, who thought I was a weirdo. I guess you do not need an explanation. Some years ago I started to walk along the regional walking networks near me, and, of course I map them. I completed the “Zwin”-network, the “Kustwandelnetwork”, which links the Zwin nature reserve and the “Westhoek”. I even crossed the border because the network stretches as far as Dunkirk. I stopped mapping them in The Netherlands. The quality of the map seems to be much better there than in West-Vlaanderen. Among others because a large part of network “Grenzeloos Genieten” (“Borderless Pleasure”) was already mapped. I still have some projects in mind for the future.

My biggest pleasure is to share the information that I know of researched. I used to have a neighbor that teached barefoot walking classes. So it was a pleasure to map that extra piece of nature. It is also good for me, to get outside for a walk. The additional nodes and ways in OpenStreetMap is a nice extra. Recently, I found a bridge that connected two paths. Adding that extra piece of information to OpenStreetMap gives a special feeling. Mapping for HOT is even more satisfying, since that might save lives. Apart from that, it is nice that the community can generate good maps for navigation, either for programs such as OsmAnd or Garmin devices.

Do you contribute in other ways to OpenStreetMap?

Not really, although I used to write on other wiki’s. It is a lot of typing. I have been subscribed to mailing lists, but it is not really my cup of tea. I proposed to give a lecture on OpenStreetMap in the community center, but they do not expect that there will be a lot of interest. I could do some translation work in the future. I would have to learn how to program first, before I could contribute to software development.

The map in my neighborhood and the bus routes in my town. Furthermore my contributions of many kilometers of walking paths in Belgium, The Netherlands, Frans, Wales and Ireland.

What are your ideas about expanding the OpenStreetMap community?

My experience is that people only give something in case they could benefit from it. So I expect that the community will grow automatically when the quality of the maps and the applications continue to increase.

How can we motivate more people?

Back in 2007, I did not start mapping because the map was just empty. It seemed such a huge undertaking, that I just could not start. In 2011, a lot had changed. I expect that completing a map is more appealing than building from scratch.

The greatest strength is neutrality. The community has to political agenda. Also, the short time frame that is needed to completely map a area after a disaster is amazing. Because the system depends on the contributions of volunteers, everything goes faster than when it would be based on payed labour.

How do you stay on top of news about OpenStreetMap?

The monthly meetings, and of course the OSM.be website.

In the past I tried to contact some mappers in my neighborhood, without luck. I found exactly 1 mapper that was interested in a cup of coffee. However, I noticed that we were interested in different topics. On the other hand, the monthly meetings, are useful to learn new things.

I think that all participants of the Missing Maps Meeting in Antwerp deserve respect. The majority had never heard of OpenStreetMap before and even then, the task was completed after a few hours. That was a job well done!