Mapper of the Month: Matthieu Gaillet 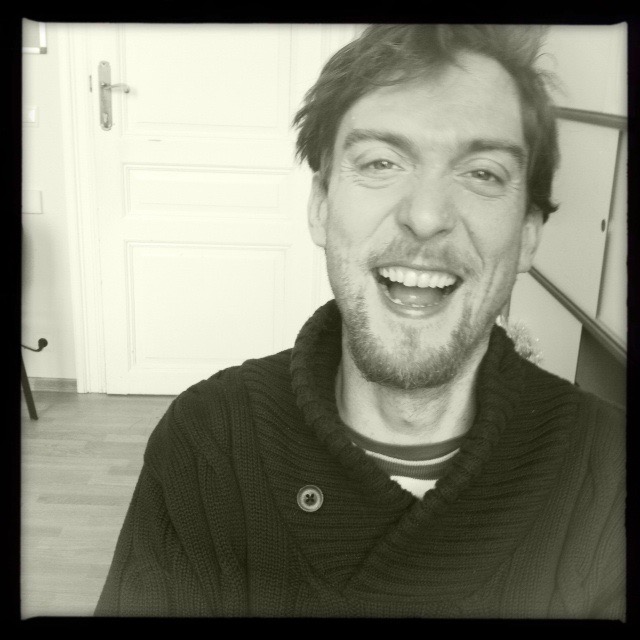 Matthieu Gaillet(Pagaille) is a technical electrician and is now responsible for the technical aspects in a cultural center. His motivation to map comes from his passion for collaboration in map making and his intensive use of maps for cycling and hiking trips.

Where and when did you discover OpenStreetMap?

Just like everybody else probably: by accident, in 2010 :-) I immediately liked the concept of a map created by collaboration. But at that moment I was not completely convinced that the project would become popular and accepted enough to compete with Google maps. Since then I started using open source based servers and software and the virus got me. It was not before 2013 that I started using OpenStreetMap and my first contributions with JOSM are also from that time.

I use it both privately and professionally, mainly since the arrival of Mapbox, umap, etc, since it is now possible to personalize maps.

Which type of mapper are you?

I use my own GPS-traces and I have the habit to map a couple of hours after returning from a trip. Since I use OpenStreetMap-based maps, I tend to leave my planned route to do some improvised surveying and have the intense pleasure of adding a missing trail to the map. I am also an armchair mapper and base myself on information published by third parties. Because of this, I sometimes act as an improvised open data evangelist when public services are deciding whether or not they should release their data. My favorite areas correspond to my interests and places I go. Thus I have “committed” a lot of changes along the Eurovelo 6 cycle route that passes through Europe, all the way from Germany to the Black Sea (Romania).

I concentrate mostly on footpaths and cycling facilities.

That would be relation 4128428. It represents the large cycle network “La Wallonie Picarde à Vélo”, which is put into place and published by SPF Wallonie, more specifically the intermunicipal IDETA. It contains 687 nodes and 914 routes. I started working on the network in mid 2014, after getting a written authorization from the IDETA. Little by little, evening after evening, I did about 75% of the network. And then IDETA came back to me and asked me to sign a document completely incompatible with the Openstreetmap ODbL license.

So I became an open source evangelist. Until now without much success, but I’m stubborn :-) Meanwhile, I obviously had to stop my work on the dataset, which had already cost me an enormous amount of labour time.

Mapping the network also forced me to master JOSM, which is not to be taken lightly. To be frank, I hate JOSM as much as I love its power. It is not user friendly enough, performance isn’t great, user interface looks a bit early nineties. But for advanced mapping task, there is no alternative - and it does the job rather well.

Another nice moment was when the city of Brussels completely changed the traffic plan in the city center. A whole area became pedestrian and a parking route was introduced, which affected quite a number of streets. I prepared the changeset a couple of days in advance. I was planning to update the map on the very second at midnight when the change came in effect, but other mappers advised me to do it a few days in advance, to avoid having to resolve too many conflicts in the map. So we can surely say that OSM really was the very first map to be up to date :-)

Why do you map, what motivates you?

Out of passion, and because I find it extremely rewarding that many users can freely use the results of a hobby. I am thinking of hikers that come from the other side of the world who can plan their trip on a path that I have mapped. I really like the utopian and universal aspects of this type of projects.

Do you do other things besides mapping?

Occasionally, I update the wiki. I also help other users that I encountered in the course of my virtual wanderings to map more complex things. I intend to organize a survey party of Brussels cycling facilities.

Do you have ideas to grow the OpenStreetMap community, to motivate more people to start mapping?

Openstreetmap.org could do with a better user interface. At the moment, I don’t feel that it does justice to the quality of the data behind it. iD is a great tool, that only needs to keep widening its scope.

What is the largest feature of OpenStreetMap?

Being universal, and being able to adapt to the needs of mappers.

What is the biggest challenge for OpenStreetMap?

Becoming indispensable, and much more visible by having its data integrated in more external party’s apps.

How do you keep up-to-date on OpenStreetMap news?

Of course! Especially with Polyglot, who I consider my mentor as he makes it a point of honor to share his knowledge particularly in terms of public transport networks..

To conclude, is there anything else you want to share?

As is often the case with open source, different clans clash, thereby losing a lot of time. I think for example that the teams behind iD and JOSM should try to join forces: there is a lot of redundancy. That is a pity. On the (Belgian) mailing list, the tone is not always pleasant. A moderator should intervene when things get out of hand. But lately it has calmed down :-)