I am Julien Minet. I come from the Luxembourg province in Belgium, from the border between the Ardens and the Gaume. I have a degree as Bio-engineer and worked for 8 years as a researcher at UCL and now ULg - Arlon. At the moment I work in web development, GIS and digital maps. 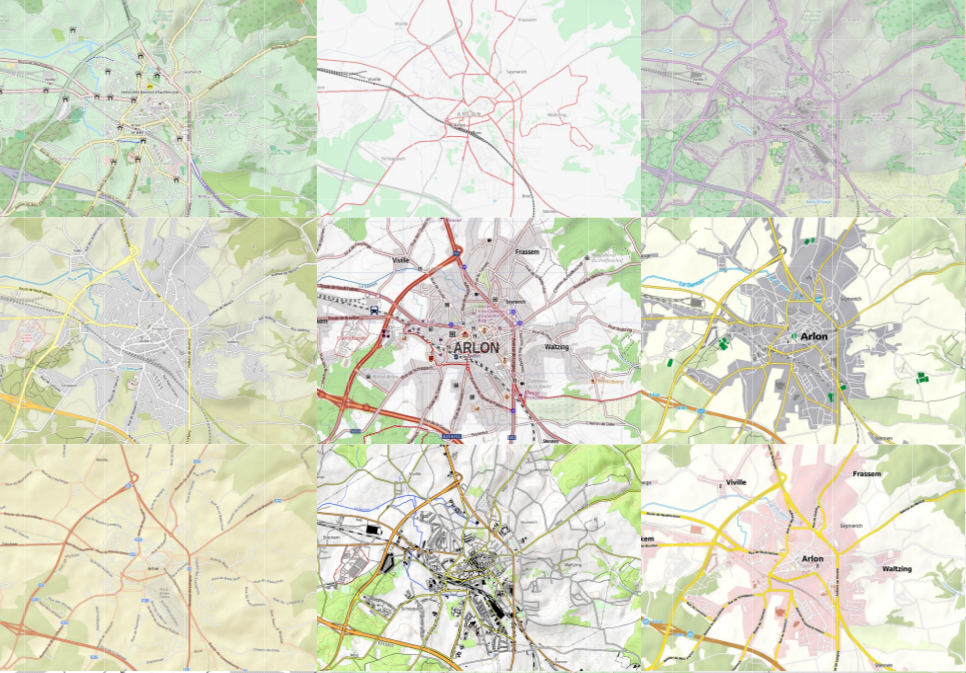 I heard about OSM quite some time ago, via news sites on mapping and GIS. I started contributing in 2012. I have to admit that I did not believe in the project in the beginning. Due to the empty, white map I wasn’t really attracted to contribute. Nevertheless, there were some brave pioneers that started the work and mapped the main roads, the villages, etc.

How do you map? Is this different from your early days?

I started in 2012, at the moment, several small villages were missing from the map in my neighborhood, which I added since then, as well as some main roads. In the beginning I mapped forestry roads after registering them via GPS traces. Afterwards, I started focussing on points-of-interests, mainly shops, pubs, restaurants, banks, etc. Later on, I moved to mapping the signposted walks in my area. Since a few months, I became addicted to map the landuse. The longer one participates in the project, the more subjects one finds to map! I believe it is always a good moment to get engaged in OpenStreetMap, since there is a always a lot of details remaining to be mapped, especially in rural areas.

In the last year, I started to use the error detection tool Osmose as lot. It is a very good way to learn about the rules, to discover other mappers in “your” area and to discover new features that can be mapped.

Initially I thought that OpenStreetMap was mainly constructed via imports of open data. Later on, I discovered that this was not the case (at least not in Belgium). Since then, I believe in the “craft mapping”, mapping of items that one knows or has seen in the real world. Wanting to import open data at all costs, is no longer interesting for me, since 1) in case the data is open, it is available anyhow, 2) official data is not perfect and 3) OpenStreetMap demands some time to be constructed, so let some work to future contributors!

On the other hand, open data can be used in for analysing and validation of our map data, or in some specific cases. For examples, one day I would like to import the traces of the small waterways in Wallonia, because they are often missing in OpenstreetMap and they are difficult to map from aerial images. Since this would require a group of passionate people to follow the course of the rivers and streams, this seems like an import that is almost useful. Although swimming and walking along the streams is a great activity!

Usually, I map what I know well, and after verifying it on the ground. I do not have a dedicated GPS-device for hiking, I only use my smartphone with the OpenGPSTracker app. I use it for all my outdoor activities, be it on a mountain bike or for walking. The latter happens less and less the past few years. Often, I take pictures of shops, especially of the notes indicating the opening hours and contact information, so I can later on add this information to the map.

Most of my edits where done with ID. I like this editor for its simplicity. I always use it for adding information such as opening hours, contact information, or to repair mistakes indicated by Osmose. Recently, I also started using JOSM for mapping landuse and lancover, using the “contourmerge” plugin, which is a great time saver for this type of mapping. I also use Maps.Me and Vespucci on mobile devices.

Where do you map

I mainly map what I know well, thus I work in my immediate surroundings and in the places I visit. I am interested in the helping out humanitarian projects such as HOT, but I hesite to start, because I do not know those places. In the beginning, I found some serieus problems in my neighborhood, clearly made by contributors that do not know the area. There has to be people in each region of the world that have an interest in becoming a contributor. Of course, the number of possible contributors interested in the project is alwayls limited, so we have to start with students following geography or IT courses. But we do not have to reach millions of people to get good results. It could be a surprise to see who is interested in the project and contributes to it. I had the possibility to meet some African students of the ULg in Arlon and I tried to introduce them to OpenStreetMap. They are often exited about the project, since it is valuable in areas where no other digital maps exist. So, yes to humanitarian mapping if one does not forget to involve local mappers, all over the world.

What is your largest achievement so far?

I am proud of “my area”, roughly described as the Forest of Anlier and Rulles, where I made most of my contributions. I am especially happy with the result, as the official IGN maps of the forests are not always up-to-date. Some paths can disappear rapidly under the vegetation and new ones are created by the exploitation of the forest and by mountain bikers.

I always loved maps, hiking and outdoor activities. That is what attracts me the most in OpenStreetMap: going out on a bike or by foot and later on edit the map to reflect what you have noticed. I also like the geek aspect, the fact that you have an unbelievable passion to share when you are invited for a dinner on a Wednesday evening.

What is the most difficult part?

To keep the map up to date! And to find the motivation to update or improve what is already present.

What are you plans in the near future?

I talked about that on my blog, mainly the landuse and the sign posted hikes. And why not, mapping the small streams?

I am subscribed to the talk-be mailing list. One warning: this list generates a lot of emails, so set up your mail program to keep them in a separate, dedicated folder. I only visited a few face-to-face meetings, as they are rarely organised in Wallonia. By accident, I met Julien Fastré during one of them and we have met a few times since then. I initiated some people around me to contribute, but they only do this from time to time. And at the State of the Map in Brussels in 2016, I finally met some of the legends of the Belgian community! I think this was the best day of my live! :-)

I use OpenStreetMap on my smartphone, via the OsmAnd and Maps.me apps. Having the map available offline, is always useful. I also use it to calculate routes. And finally I use it in my activaty as GIS consultant: either as background map or as data source.

Are there other things you do that are related to OpenStreetMap?

I made OpenStreetMap part of my jobs. A project that I would like to develop further is a map of businesses and services in rural areas. A map, where one can rapidly find the opening hours and phone numbers. I have developed a prototype for my village, and I use it often to see whether a shop is open. I would like to present it to other villages and collaborate with local development agencies and trade associations.

To conclude, is there anything else you would like to mention?

For me, OpenStreetMap has an enormous potential, one that is not completely known yet. And even though OSM data is not always complete nor accurate, – which largely depends on the theme and area – it should not hinder the invention of new applications. There are a lot of professions that use geographical information, often only sporadically, but thet can still have benefit from using OpenStreetMap. The data model of OpenStreetMap and its open tagging system, are both part of the success of the project and contribute to its use in innovative solutions. But there are also disadvantages. One of the challenges is the completeness and the exactness of the data. Maybe, by creating derivations, or mirrors based on the original OSM data, that we can create more easily professional applications or services that are more reassuring to its users.

There are still a lot of features that have to be added or corrected in OpenStreetMap. I hope to encourage new people to get interested in the project and to get them contributing. It does not matter whether one is an amateur or a professional, everybody can contribute.